What next for the Industrial Ethernet? 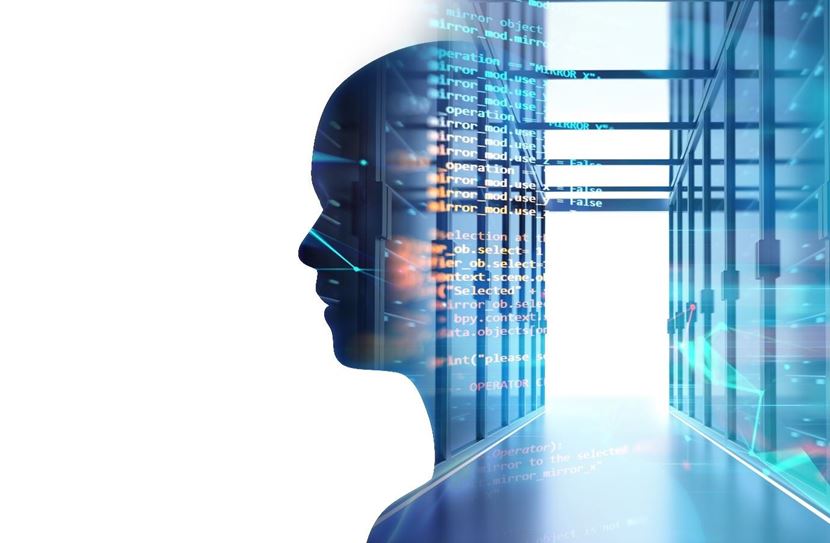 With rapid growth in data communication through Industry 4.0, companies are increasingly opting for Ethernet connection solutions - which, however, have to meet different requirements to those in the office. Speed is not the most important factor: Demand for simple and cost-effective solutions is also increasing, as is demand for hybrid connections. Wireless standards, however, remain a niche in factories, says Guido Ege, Head of Product Management and Development at global automation technology and cable technology leader LAPP.

Robert Metcalfe was one of the pioneers in the early days. As a doctoral research student at PARC, he was asked to network the company computers. From 1973, the electrical engineer worked on developing a network technology that sent data over the “ether”, which was not entirely correct, since it was a wire-bound technology, even though derived from radio technology. The name Ethernet nevertheless prevailed - and became one of the biggest success stories in computer history.

Since the 1990s, Ethernet has been the undisputed leader in local data networks (LAN: Local Area Network). While Robert Metcalfe’s data still crept along the lines at 3 Mbit/s, nowadays that has increased to 10 Gbit/s, and new standards can even reach 400 Gbit/s under certain conditions. The Institute of Electrical and Electronics Engineers (IEEE, also pronounced as I triple E) monitors the compliance of standards for Ethernet. This is highly effective for applications in an office environment, for example, for connecting PCs to each other. When you plug a LAN cable into a computer, you can generally be sure that it will communicate perfectly with another computer or an Internet router.

It’s a different story for factories. There are now more than 20 industrial Ethernet systems and all of them differ in terms of technical details to varying degrees, which makes them incompatible. In addition, there are more than 50 fieldbus systems, such as PROFIBUS or CAN BUS, which are favoured by automation technology providers. These also tend to be incompatible with each other. Fieldbus systems are widely used in factories, since they are more robust. They transmit smaller data packets than Ethernet, but are real-time capable. This is important for time-critical machine processes, for example, when a drive needs to react to a signal from a sensor in microseconds. Not only that, machine operators want to be sure that a machine will stop immediately if they press the red emergency stop button. Until now, this has only been possible to a limited extent with Ethernet, although the IEEE have made attempts at standardisation to also implement the standardised real-time capability in Ethernet.

Market data gives reason to believe that the future also belongs to Ethernet in factories. Industrial Ethernet is currently growing at 22 per cent a year compared to only six per cent growth in fieldbus systems. In 2018, the number of Ethernet installations in factories will exceed those of fieldbuses for the first time. The reason behind this is the increase in networking and digitalisation in Industry 4.0 times, resulting in a resolution of the automation pyramid. This refers to the levels in factory communication with the field level as the lowest one. Above the field level, there is the control level, the process control level, the operations control level, and at the top the company level with its ERP systems, in particular, SAP.
Until now, these levels had different functions and therefore different programmes also worked there, sensor data had to make its way upwards from one level to the next and vice versa, planning data also filtered downwards. That makes factory control complicated and not particularly agile; the classic automation world is not made for flexible production with batch size one.

With the resolution of the automation pyramid, these levels disappear, and communication occurs in flat hierarchies. Everyone communicates with each other - ERP systems can, for example, access sensors directly on a machine and establish whether a malfunction might occur that would affect the delivery capability. However, this is only possible if connection technology can also think out-of-the-box. It therefore comes as no surprise that the Ethernet established in the office environment is now also finding its way into production and logistics, with correspondingly more robust components, of course.

LAPP has such components in its portfolio. Traditionally, products for fieldbus systems have dominated the market, but customers can now find everything they need for networking with industrial Ethernet - ranging from cables to connectors and through to ready-to-install cables from the ÖLFLEX® CONNECT range. Highlights include, for example, the ETHERLINE® PN Cat.6A FC with 10 Gbit/s at 500 MHz bandwidth. It is fast-connect capable thanks to the absence of pair screening, an inner sheath or a central cross, enabling fast and safe assembly. In addition, the cable is also certified for the N. American market. Among the products that go with it is the EPIC® MH Gigabit data module, a rectangular connector with a modular design, which allows the transmission of data and energy. Or the robust ETHERLINE® ACCESS switches for data distribution in harsh industrial use. “Our products are manufacturer-neutral and always tailored to the application. That means they can be used for all common communication systems,” underlines Guido Ege, Head of Product Management and Development at LAPP.

Many cables, one sheath

LAPP has been observing the market for industrial Ethernet for many years and has identified two trends that will become increasingly important on the market in future. One trend is hybrid cables, so-called single-cable solutions. These are cables that combine different functions in one sheath and are normally connection cables for servo drives with integrated feedback cables for monitoring sensors. LAPP provides such hybrid cables for the Hiperface DSL® Motor-Feedback-System from Sick or for the ACURO®link from Hengstler.

* Single pair Ethernet cables are more compact, lighter, easier to install, and cheaper than traditional Ethernet cables with four wire pairs – and sufficient for many applications on the field level.

The second trend is downsizing. Whereas the previous Ethernet required two or four wire pairs, single-pair Ethernet can transmit up to 1 Gbit/s via a wire pair. The user benefits from the reduced work involved in installation and has both space and cost advantages.
The necessary hardware development on the chip side has progressed in the automotive industry and can be adapted. Costs, robustness and the longer lengths that are possible due to the lower data rates indicate that single-pair

Ethernet will also gain in importance in industry. Otherwise, users are also realising that not every sensor needs to be connected to a 10 Gbit/s capable cable. Although a single-pair Ethernet cable only achieves 1 Gbit/s, that is sufficient for many applications at the field level. The vast majority of sensors deliver small amounts of information and some of them only report an on/off signal now and then.

According to the Roland Berger management consultancy, the demand for sensors will increase by 17 per cent a year by 2020, while prices will fall by eight per cent annually. That will boost demand for cost-effective connection solutions. Single-pair Ethernet cables are, however, not yet available, at least for use in industry. The automotive industry is already using similar cables in vehicles, but there are still no standards for industrial applications. Newly established working groups are currently working on this. “The first serial products for single-pair Ethernet will be available in two to three years, also from LAPP, of course,” promises Guido Ege.

In terms of growth, Ethernet only ranks in second place for connection solutions for industry. With a growth rate of 32 per cent, wireless technologies occupy the first place, even though their market share is low at six per cent. WLAN, Bluetooth or mobile communication have advantages when it comes to flexibility and mobility, such as for connection sensors in large plants, for example, in the chemical industry or in mobile applications.

In terms of range, robust data connection, energy efficiency and, in particular, latency, wireless technologies cannot compete with wire-bound technologies. Cables are also less susceptible to malicious disturbances or hacker attacks. That will also not change with new standards such as 5G. Guido Ege says: “Wireless has its justification, but it doesn't pose a threat to wire-bound systems, instead it is a supplement for special requirements.”

By Bernd Müller for LAPP