Employees participate in measures to act in a more environmentally conscious way through their own ideas.

The topic of sustainability is gaining more and more importance due to public debates and increasing regulations. Sustainability in a corporate context means assuming social responsibility for all employees as well as for the whole society. In addition, sustainability describes thinking and acting in a way that protects the environment and conserves resources. By acting in a sustainable manner, everyone can contribute to leaving a better social and ecological environment for future generations. 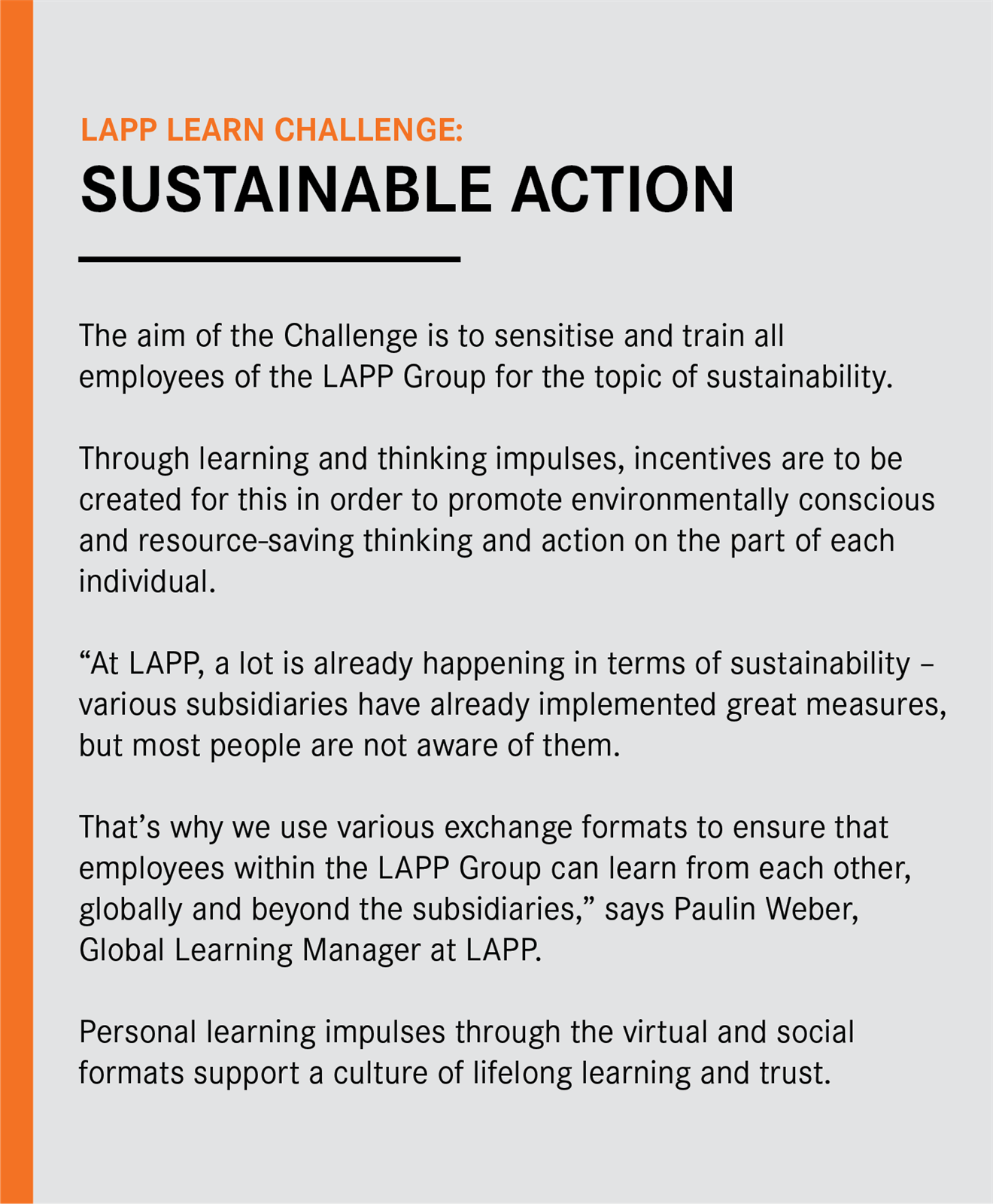 LAPP also takes environmental protection seriously: “We only have one world we can use, and our job is to be responsible with the resources available in this world. This mission is firmly established in our core value ‘family-oriented’, as it is our responsibility to leave behind a healthy planet fit for our grandchildren to the next generation. I hope that we can tackle this challenge collectively – with the ideas, know-how and strength of all our employees,” says Andreas Lapp, Chairman of the Board Lapp Holding AG.

LAPP is a family-owned company, which is what shapes the corporate culture. Long-term and responsible action is an integral part of this – for employees, for customers, for the environment and for society. In this way, LAPP makes a sustainable contribution to the future of tomorrow’s generations and to the preservation of our planet. “Reliably connecting the world” is more than just a promise. Sustainable action is firmly anchored in LAPP’s DNA. In order to promote responsible and resource-conserving thinking and action among LAPP employees as well, the second LAPP Learn Challenge focuses on sustainability topics.

In weekly focal points, such as global warming, the own carbon footprint, social sustainability, but also LAPP’s entrepreneurial role, the participants are given various impulses, for example through webinars or personal everyday tasks, to raise awareness for a more sustainable use of resources, the personal surroundings and the environment. 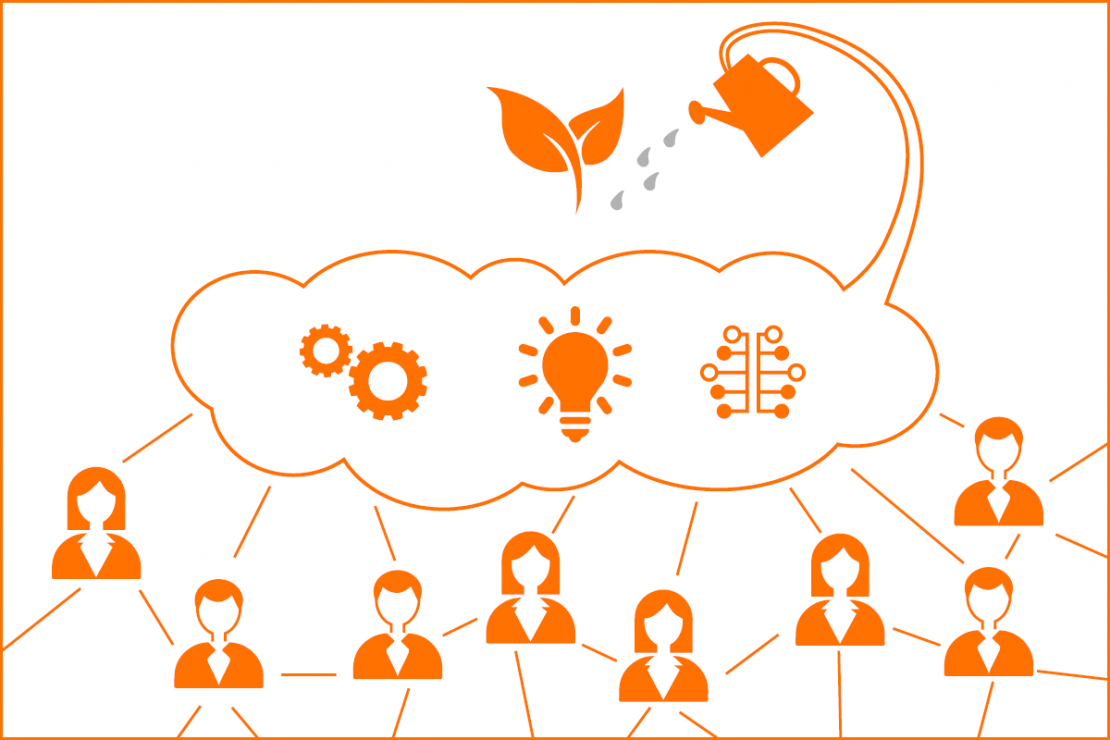 In order to get a lasting and sustainable result beyond the duration of the Sustainability Learn Challenge, a so-called digital hackathon follows, in which the creativity and energy of the employees is to be used to develop ideas on how LAPP can position itself more sustainably.

The term hackathon is usually used in connection with software development. Basically, the idea is to jointly develop a solution to a certain problem. LAPP uses this principle for the sustainability hackathon, in which interested employees pool their energy and creativity to take the company a step further on the path to sustainability. The aim is to bring together people with a similar mindset and intrinsic motivation for sustainable change in the company who would probably not have entered into the exchange on their own. These people are to bundle their driving forces and advance the emerging projects within LAPP in the future. In order to include all national companies and regions in this hackathon, the global event will take place for 17 hours, divided into four rounds of four hours each. The rounds will be introduced by keynotes and then the project teams will begin their creative work phase, which will then end in a presentation and vote by all. According to the motto “Think big, start small”, the aim is to collect meaningful ideas that can then be worked on further in project teams. LAPP consciously relies on the number of employees and gives them both the confidence that good ideas will emerge from the knowledge of many together, but also the responsibility to actively participate in what happens in the company.

Nadine Bunz, Head of Culture, Change and Communications at LAPP, sees the hackathon as a great opportunity for LAPP and its employees: “LAPP’s corporate culture is characterised by participation. In order for change not only to be written in PowerPoint, but to become part of everyday work, we have to develop pragmatic formats that bring the right people together. We do not prescribe content: At the hackathon, we rely on the knowledge of the great masses so that we get good and, above all, practicable ideas from it that make LAPP more sustainable. This creates an open climate for change when employees are not only involved in the development, but also shape it with their own ideas.”