Most Powerful Neutron Source in the World

ESS in Lund, Sweden, will be one of the leading facilities for materials research. Their task is to obtain free neutrons for research through a process called spallation. The facility will comprise a linear accelerator, a target station, an arrangement of neutron instruments, several laboratories and a data and software centre located at the University of Copenhagen in Denmark.

Neutrons are invisible components of atomic nuclei. They can be used to draw the most varied of information from the innermost part of matter. They allow deep insights into the internal structure and dynamics of matter without destroying the objects under examination. The uncharged core particles can detect small structures of up to billionths of a metre and billionths of a second for short movements. ESS neutrons can be used to explore material properties that would not be possible with other methods. Researchers in the fields of physics, chemistry, biology, life sciences, materials, energy research, medicine, and even archaeology and art history will be able to make important discoveries for humankind. 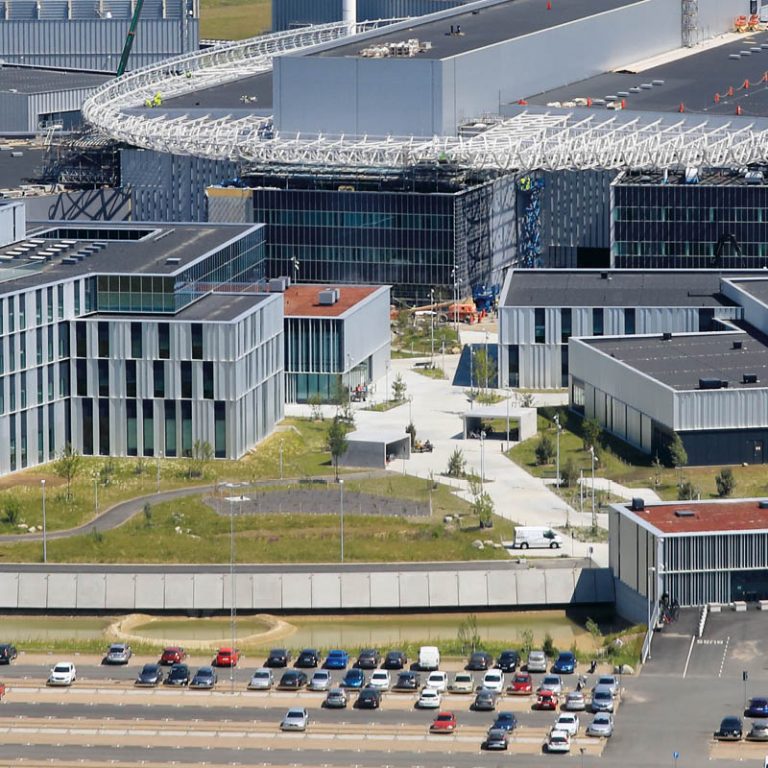 But it’s not so easy to obtain the required neutrons. Instead of using nuclear fission, the ESS uses the modern concept of spallation, which means “chipping”, for this purpose. And this is how it works: An ion source is heated up with rapidly changing electromagnetic fields full of hydrogen gas so that the electrons are released from the gas molecules.

The protons remain behind. These are accelerated in a six-hundred-meter-long, underground linear accelerator with the help of additional electromagnetic fields until they race through the accelerator with an energy of around two gigaelectronvolts at almost the speed of light. In the target station the protons collide with a rotating target, which consists of the heavy metal tungsten. Here, the protons split neutrons from the nuclei of the tungsten atoms, about twenty to thirty neutrons for each proton. This is the so-called spallation. It is considered to be much more efficient than nuclear fission. 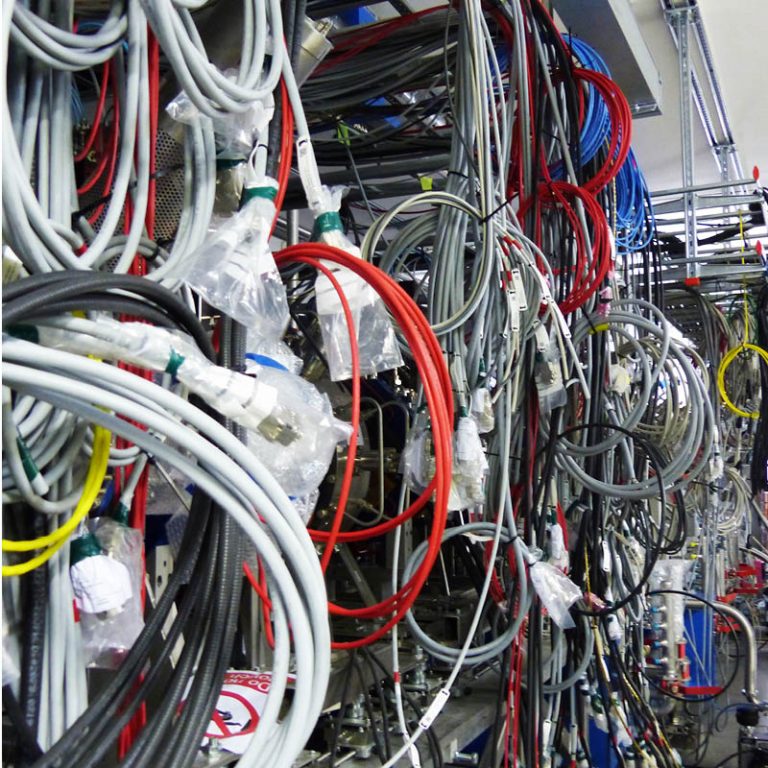 The neutrons released from the tungsten target are still much too fast and energy-rich to be used for scientific experiments. They have to be decelerated from about 10% of the speed of light, to roughly the speed of sound. For this purpose, they are sent through moderators filled with water or liquid hydrogen. After this quasi “full braking”, the free neutrons reach the experimental stations via beamlines. Here, detectors record how the neutrons change when passing through various material samples. This analysis is carried out using the data and software centre in Copenhagen.

The requirements for the necessary connection solutions are also correspondingly high. In good cooperation with Elektroskandia and Assemblin, LAPP has contributed its expertise and innovative products to this spectacular project. More than 16,000 signal cables were required to control and monitor the accelerator. The company Assemblin in Malmö was commissioned with implementing the electrical installations on the accelerator section. 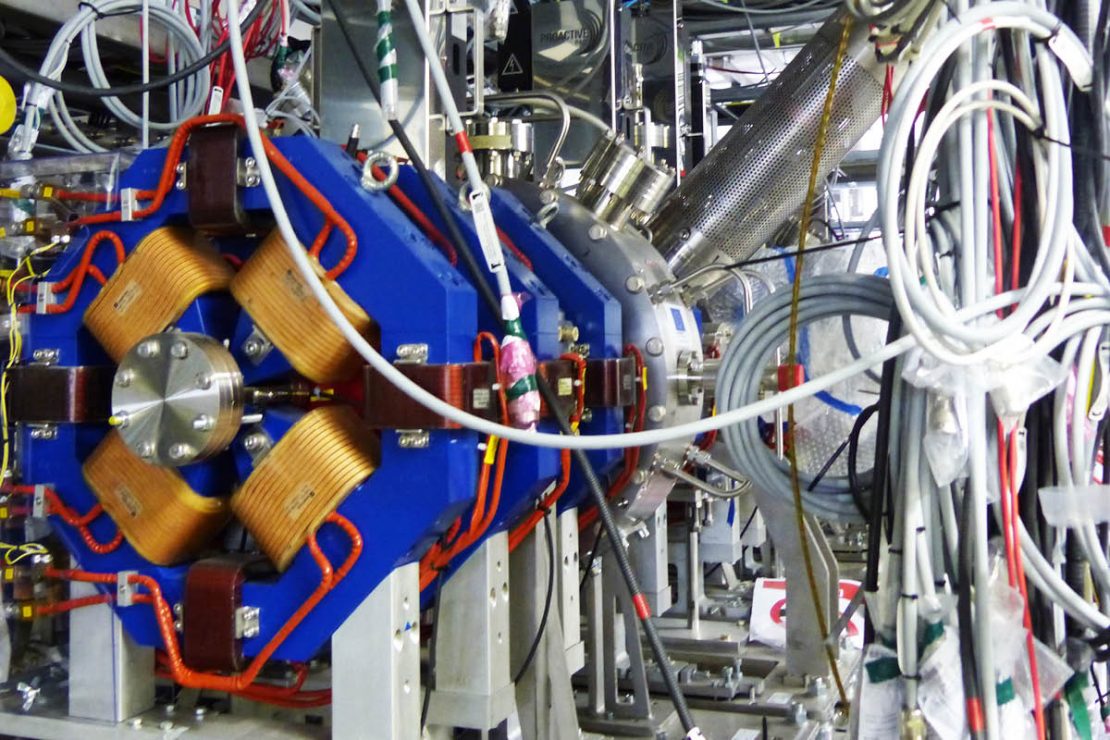 LAPP supplied both, the special and the standard cables in the company’s range. The special cables were also produced and tested in accordance with the requirements of the ESS specifications. Through Elektroskandia in Malmö, LAPP was primarily asked to provide fireproof and halogen-free cables for the system. At ESS, the halogen-free ÖLFLEX® CLASSIC 130 H control cables and their shielded halogen-free variants ÖLFLEX® CLASSIC 135 CH were installed. These cables are characterised by improved fire behaviour. However, UNITRONIC® LiHH/LiHCH are also used. These cables are halogen-free data transmission cables with core designation in accordance with DIN 47100 and their shielded version. LAPP has also produced a customised product with a special insulation and sheath material that is resistant to ionising radiation that is generated in the spallation process and features individual and overall screening made of aluminium tape and matching two-wire conductors. “We have delivered about 70 variants in total,” says Mathias Jönsson, Regional Sales Manager at LAPP in Sweden. When the work is complete, an estimated 800,000 metres of cable will have been laid.

The construction of the ESS research facility began in 2014. The entire building space is more than 13 football pitches. According to the German Federal Ministry of Education and Research, the neutron source is to be in steady state operations in 2025. A milestone for science!