Fast data cables for the factory of the future

In braiding, thin wires made of copper or tinned copper are braided around the core. This makes the cables immune to electromagnetic interference.

CEAM Cavi Speciali is a real gem in LAPP’s development and production network. In Monselice in Italy, 110 employees develop and produce UNITRONIC® and ETHERLINE® cables for industrial Ethernet and field buses – all of them meeting the very highest quality standards. In the market, CEAM cables are seen as exceptionally reliable in terms of their data transmission properties and their longevity – not least thanks to a sophisticated and highly automated manufacturing process and many years of experience. This know-how also pays off when customers come up with new requirements. CEAM is then able to offer solutions faster than many competitors.

Robotics is the almost recent example. Here, cables have to withstand millions of fast movements. For a long time, what exactly a robot data cable had to be able to do was left up to the manufacturers’ and customers’ interpretation. Those days are gone. The PROFINET User Organisation and AIDA (Automation Initiative for German Motorists) have worked closely together to come up with specifications for PROFINET type R data cables. The new Type R standard covers all the bases: To meet the standard, a cable has to withstand five million vertical torsion cycles of ±180° per metre, as well as five million cycles in the horizontal cable chain at accelerations of up to 10 m/s² and speeds of 3 m/s over a travel distance of 5 metres, plus a million bending cycles in the alternating bending test at a bending radius of seven times the outer diameter. 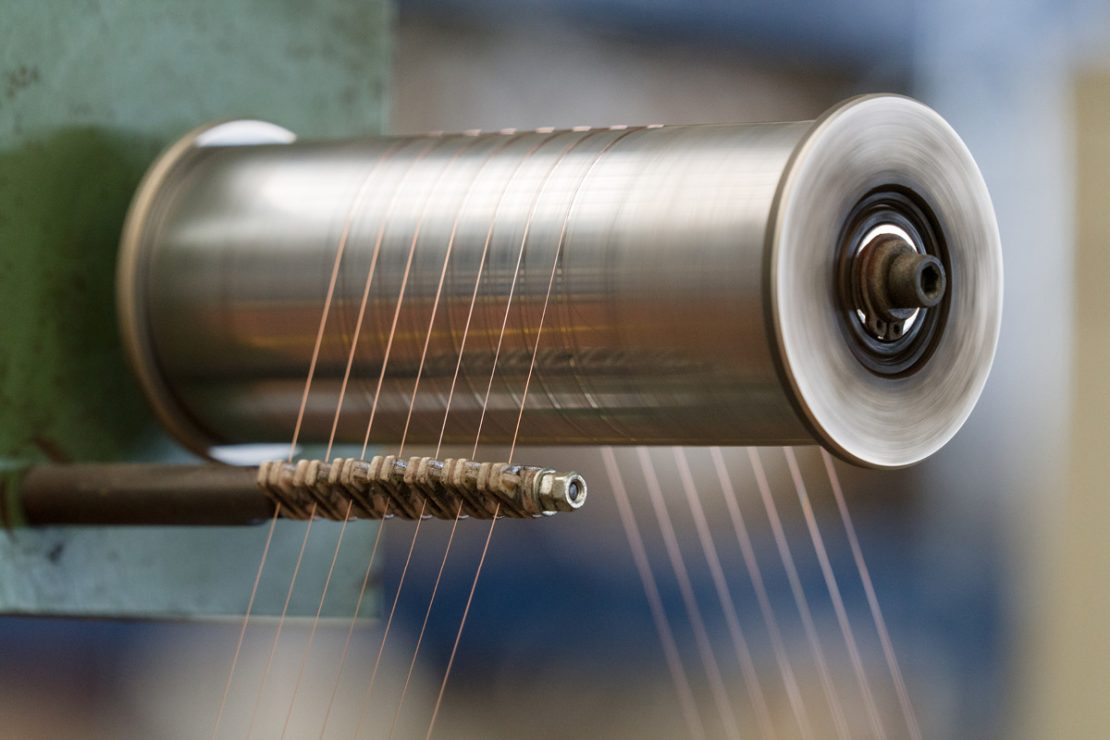 The conductors of industrial data lines consist of thin wires made of copper, which are twisting into a conductor bundle

LAPP has been involved in the development of the new industrial standard right from the start and is one of the first manufacturers to offer a PROFINET type R cable, the ETHERLINE® ROBOT PN Cat.5e. It also comes from CEAM Cavi Speciali. The competence centre in Monselice has made possible what appeared to be impossible. Previously, there were robot cables that were either particularly well suited for bending in cable chains or for torsion – but not for both at the same time. This has to do with the internal structure: In the case of cables for cable chains, the two core pairs are twisted with short lay lengths, while long lay lengths are better for torsion cables. CEAM has managed to square the circle with a sophisticated arrangement of filling elements, which ensure that the cores remain in place during both bending and torsion. And thanks to the robust PUR outer sheath, the ETHERLINE® ROBOT PN Cat.5e is suitable for use under harsh conditions, such as in welding robots. It can also be used in North America as the cable is UL-compliant. 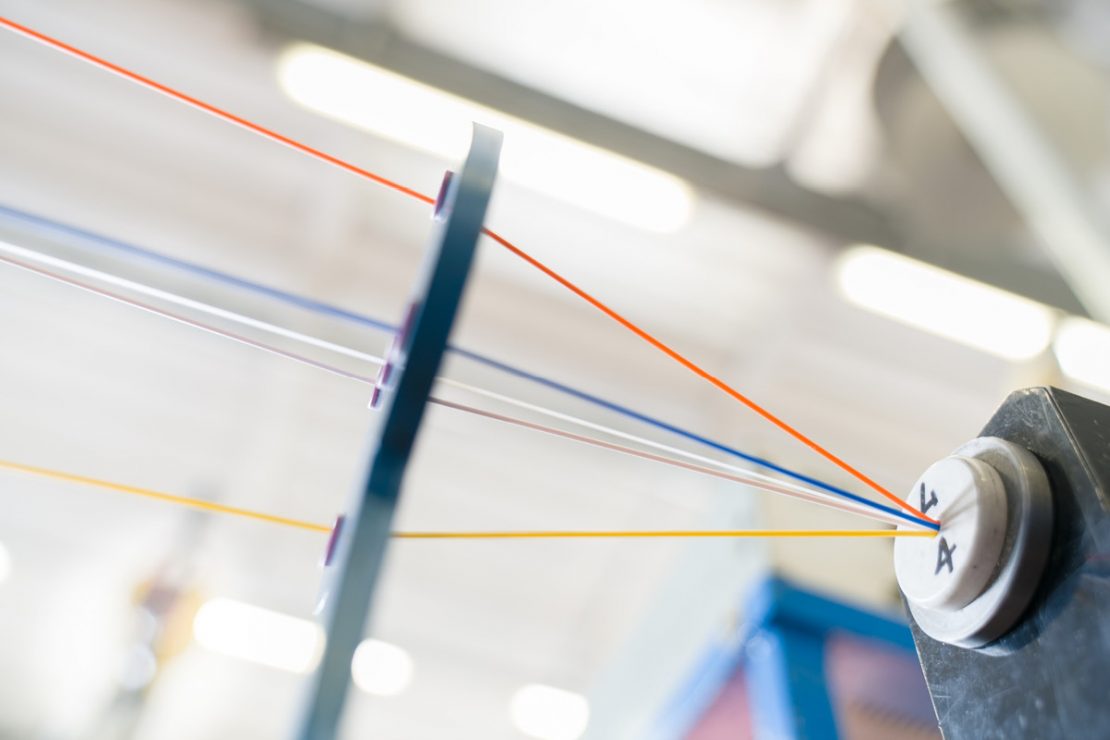 The cores are twisted in pairs. The structure as a star quad is ideal for particularly compact cables.

Everything From One Supplier

The fact that CEAM was able to launch a type R-compatible PROFINET cable so quickly is thanks to the company’s manufacturing expertise developed over many years. After all, CEAM does everything itself, from stranding to insulation, twisting the cores and the core pairs, through to braiding the shielding and sheathing of the cable. Other manufacturers prefer to leave twisting the copper strands, for example, to suppliers. By contrast, CEAM twists the strands itself to ensure a consistent roundness. Even minimal variations result in a loss of transmission quality, particularly over longer distances. CEAM has also perfected a process in which the strands are extruded simultaneously from three extruders: inside and outside with polyolefin and between them with a layer that is foamed with nitrogen at the moment of extrusion. “With our Skin-Foam technology, we press in nitrogen at 600 bar,” says Gian Carlo Garbo, Head of Technology at CEAM Cavi Speciali. This allows thinner insulation than with the more common chemical method and ensures high transmission speeds even over long distances.

The connection between CEAM Cavi Speciali and LAPP is a success story for Georg Stawowy, Member of the Board for Technology and Innovation at LAPP. “CEAM strengthens our successful branded products UNITRONIC® and ETHERLINE®. This makes us the leading innovator for cable-based data transmission systems for Industry 4.0.”